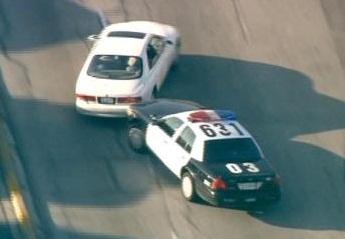 Yet again has dashcam video footage been featured in the news about a severe case of road rage. The aggressive driver was filmed by a dashcam. The duped driver had dashboard cameras installed both on the front window as on the back window. That way we have a clear understanding of what exactly happened that day.

On the Belgian highway E313 around the city of Tessenderlo, the agitated driver of the grey Volkswagen attempted to overtake the vehicle in front of him at the right hand side. When it was clear that this wasn't going to work, the driver accellerated, passed at the left side and cut off the victim's car. At that moment it became apparent that the road-hog wasn't familiar with the PIT-maneuver, so that's what caused his undoing. He eventually ended up on the side of the road himself!

And as our parents taught us: what goes around comes around.

The concerned driver who captured everything with his dashboard camera, will of course not have been too happy about all this. More likely than not, a glimpse of astonishment will have been visible on the victim's face when his assailant drily drove back onto the highway. The road-hog wanted to continue his journey after he had regained control of his vehicle that was out of control for dozens of meters.

This dashcam footage has already convinced a lot of responsible drivers to purchase a dashcam of their own. It's not clear when this event took place, but one thing's for sure: another road-rage fail is caught on dashcam.