That buying a dashcam is useful, is a known fact for many drivers. The Canadian couple in this video was also aware of the advantages of having a dashcam. Even more so when they got involved in an accident a couple of days ago. They slammed into an SUV with trailer that didn't yield. It was only later that they found out the other driver was on the phone while he was driving.

Dashcam accident video in the news

This is the dashcam footage of the accident as it was featured in a news broadcast:

Transcription of the news broadcast 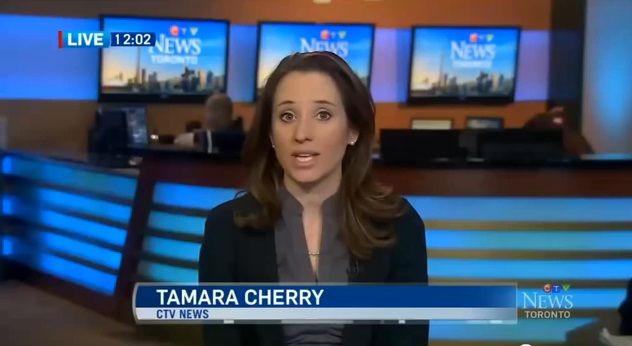 Anchor: It was a sunny day and the roads were clear. Ralph Ireland and his wife were driving home in their Northern Ontario home from a business trip.

Ralph Ireland: It was a nice day and I was going along with the traffic. There was a car ahead of me and a car behind me.

Anchor: They were heading east along highway 17.

Policeman: The drivers were listening to the radio, tune on the radio, nice driving song.

Anchor: The driver had bought the dashboard camera mounted on his dash to catch anyone who might break into his truck. Little did he know what that dashcam would capture.

Anchor: Brace yourself, here comes the bam. -accident- The driver of the other truck, a 36 year old man, was charged with failing to yield to traffic. After a trip to the hospital, Ireland and his wife returned to their truck to retreive some belongings. Their truck was smashed, the camera was smashed but they found the memory card... and this is what they saw. When they posted the video on facebook, a friend pointed something out. The other driver, it appears, had his hand up to his ear. 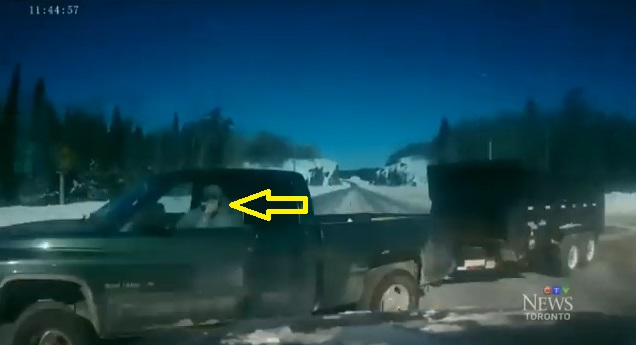 Anchor: The police has the dashcam video as well.

Policeman: This is a classic example of how an investigation can turn on a dime.

Anchor: Because it appears that driver didn't just fail to yield.

Policeman: The dashcam video evidence is pretty powerful and speaks a lot to exactly what occurred. A picture paints a thousand words, as they say.

Anchor: It appears he was on his cell phone as well.

This is clearly a good reason to have a dashboard camera in your car: there is always a indisputable witness that tells us the story as it really happened. Don't wait any longer and go on the road with peace of mind: buy a dashcam today at newdashcam.com! Are you not sure which model fits you best? Read our guide to buy the best dashboard camera tailored to your budget and wishes.